We use functional cookies and anonymized analytics cookies. We don't use tracking cookies. Ok?
ACCEPT
OUR COOKIE POLICY
your potential plus
our commitment
changes lives
WE SUPPORT
WHO WE SUPPORT
OUR APPROACH
LEARNING DISABILITY
AUTISM SPECTRUM
MENTAL HEALTH & WELLBEING
ACQUIRED BRAIN INJURY
HOW WE CHANGE LIVES
SERVICES
OUR SERVICES
SUPPORTED LIVING
RESIDENTIAL SERVICES
NATIONAL NEUROLOGICAL SERVICES
OUTREACH & HOME SUPPORT
DAY SERVICES
SPECIALIST EDUCATION SERVICES
FIND A SERVICE
GET IN TOUCH
HOW TO CONTACT US
MAKE A REFERRAL
HOW ARE WE DOING?
WORK FOR US
WORKING WITH US
SEARCH FOR A JOB
TRAINING & DEVELOPMENT
COLLEAGUE STORIES
HALLOWEEN SPOOKTACULAR CONTEST
ABOUT US
WHO ARE WE?
WHY CHOOSE US?
MISSION & VALUES
OUR TEAM
COMMITMENT TO QUALITY
NEWS
CASE STUDIES
USEFUL LINKS
CONTACT US
MAKE A REFERRAL
COVID-19 UPDATE
SIGN ME UP
NEWS
National Care Group News
BACK TO NEWS FEED
World Autism Awareness Day 2020
Happy World Autism Awareness Day! This day aims to raise awareness for those living with autism and celebrating their amazing success. National Care Group, we wanted to be part of this amazing initiative by giving the people we support a voice and embrace those that are ‘unique’. Check out some of the amazing stories featuring the people we support! 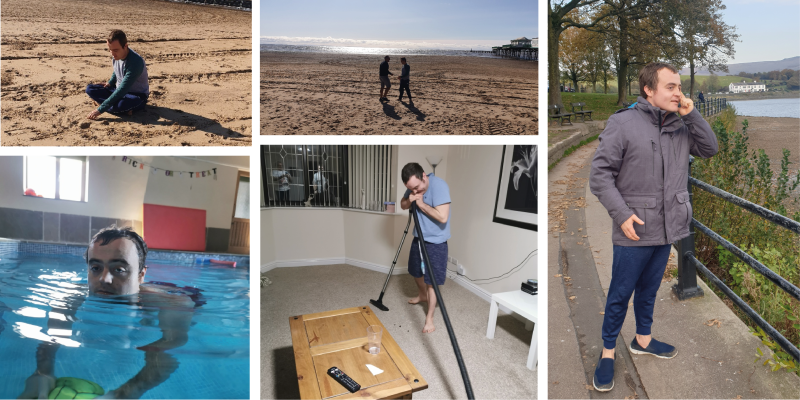 Curtis has even tried his hands at baking and helps out with chores when he can!

He has come a long way since joining Affinity – well done Curtis!

Darren has had a life-long passion for football. He is a big Crystal Palace fan and used to watch games with his Dad when he was younger. Whilst living with his parents, Darren played for Tonbridge Disability FC, but since moving into his supported living services, he has missed playing in a team. Darren sat with staff and looked up local disability football teams and came across the Maidstone Raiders. Staff contacted the manager of the team and they invited Darren to come for a practice session. Darren went along to Maidstone United and had a fantastic time combining his passion with meeting new friends and increasing his fitness.