We use functional cookies and anonymized analytics cookies. We don't use tracking cookies. Ok?
ACCEPT
OUR COOKIE POLICY
your potential plus
our commitment
changes lives
WE SUPPORT
WHO WE SUPPORT
OUR APPROACH
LEARNING DISABILITY
AUTISM SPECTRUM
MENTAL HEALTH & WELLBEING
ACQUIRED BRAIN INJURY
HOW WE CHANGE LIVES
SERVICES
OUR SERVICES
SUPPORTED LIVING
RESIDENTIAL SERVICES
NATIONAL NEUROLOGICAL SERVICES
OUTREACH & HOME SUPPORT
DAY SERVICES
SPECIALIST EDUCATION SERVICES
FIND A SERVICE
GET IN TOUCH
HOW TO CONTACT US
MAKE A REFERRAL
HOW ARE WE DOING?
WORK FOR US
WORKING WITH US
SEARCH FOR A JOB
TRAINING & DEVELOPMENT
COLLEAGUE STORIES
ABOUT US
WHO ARE WE?
WHY CHOOSE US?
MISSION & VALUES
OUR TEAM
COMMITMENT TO QUALITY
NEWS
GET TO KNOW US
USEFUL LINKS
CONTACT US
MAKE A REFERRAL
COVID-19 UPDATE
SIGN ME UP
NEWS
National Care Group News
BACK TO NEWS FEED
Two Outstanding Achievement Awards for Steps Rotherham 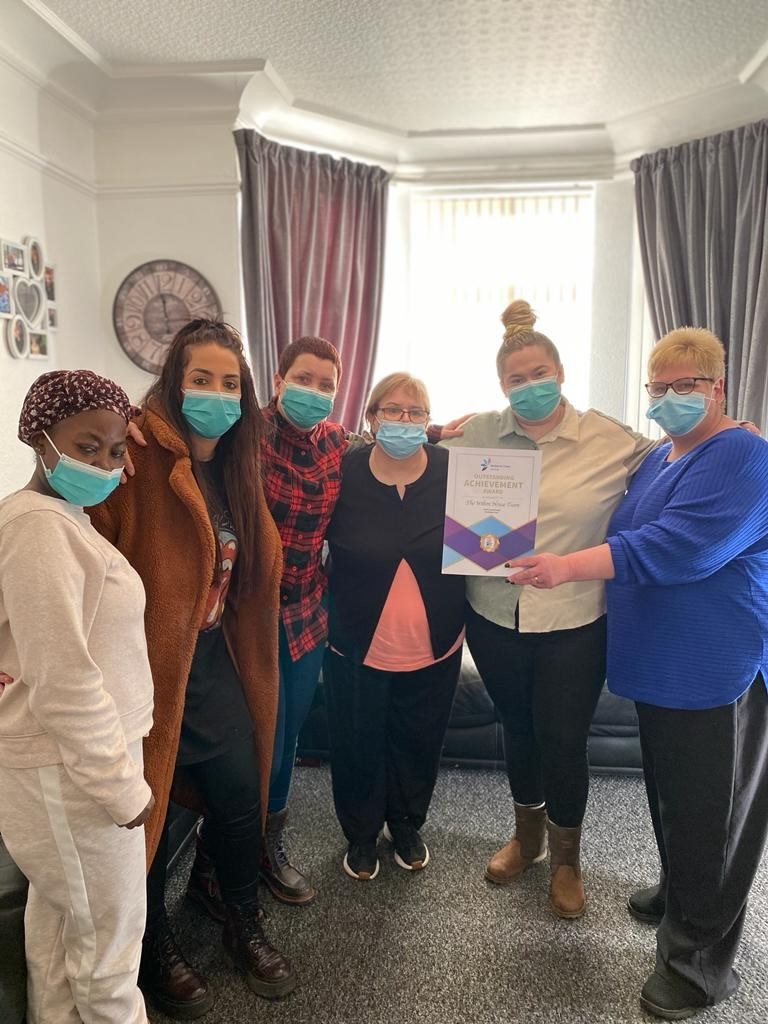 There is much to celebrate at our Steps Rotherham service this month as they have been awarded not one but two outstanding achievement awards. Each month, National Care Group colleagues nominate one another for outstanding performance with the nominations being reviewed and judged against the company values of Respect, Empowerment, Collaboration and Passion by the Executive Team.

The nomination, which was part of November's entries and scored the highest, was for the team from Steps' Wilton House. They were nominated by Steps' registered manager, Annette Hand, for their dedicated and passionate care and support of a long standing person they supported who unfortunately passed away late last year following a battle with breast cancer. They went above and beyond their duties performing to all the company values and extending their support to the individual's family.

Here they are below being presented their award via a Zoom call by National Care Group's Chief Operations Officer Karen Lewis and their Regional Operations Manager, Charlotte Lumley. 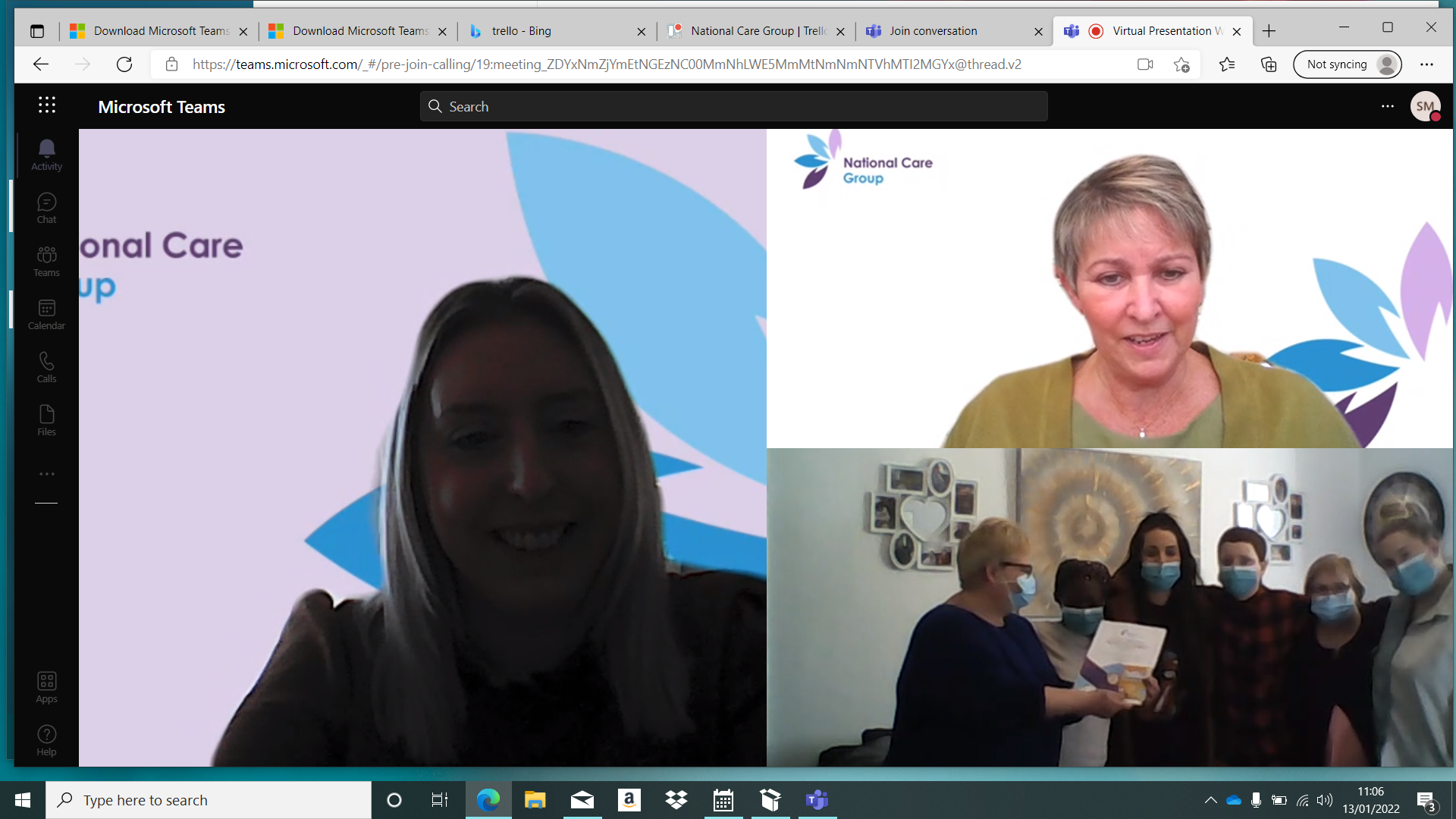 The second was a special outstanding achievement award for National Care Group's Covid-19 Hero, Tom Allen. The Executive Team honoured Tom with the award in recognition of his brave efforts at the beginning of the pandemic when he selflessly moved into one of the Step's houses to shield with the male residents who had tested positive for coronavirus. He sacrificed his family life at a time of great concern across the nation and has since won a Great British Care Award for his efforts too, plus attended a special Covid Heroes event at Westminster.

Here's Tom below, being presented with his award also by Karen Lewis: 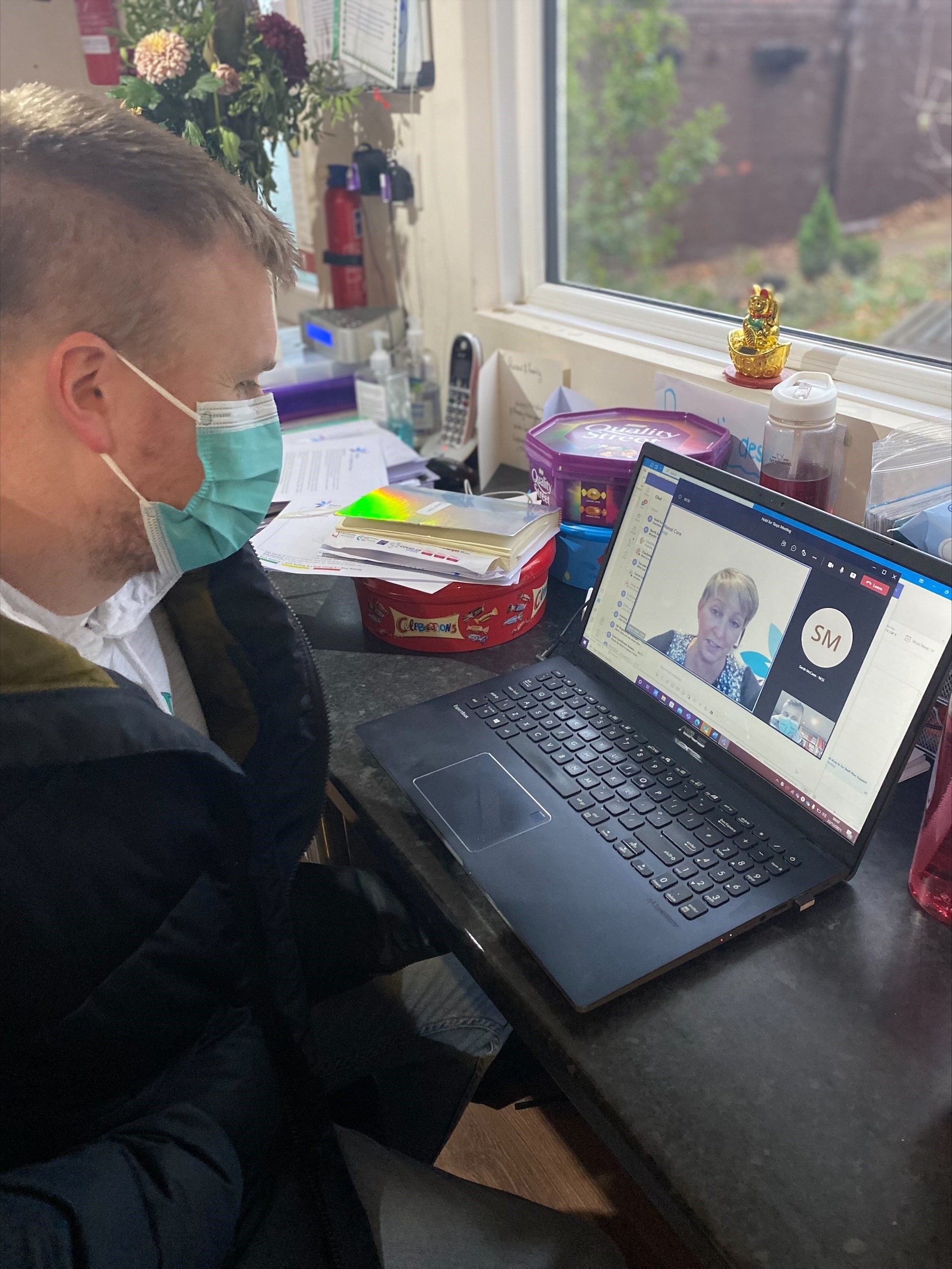 Huge well done to the Wilton House Team and Tom on your very much deserved awards.