We use functional cookies and anonymized analytics cookies. We don't use tracking cookies. Ok?
ACCEPT
OUR COOKIE POLICY
your potential plus
our commitment
changes lives
WE SUPPORT
WHO WE SUPPORT
OUR APPROACH
LEARNING DISABILITY
AUTISM SPECTRUM
MENTAL HEALTH & WELLBEING
ACQUIRED BRAIN INJURY
HOW WE CHANGE LIVES
SERVICES
OUR SERVICES
SUPPORTED LIVING
RESIDENTIAL SERVICES
NATIONAL NEUROLOGICAL SERVICES
OUTREACH & HOME SUPPORT
DAY SERVICES
SPECIALIST EDUCATION SERVICES
FIND A SERVICE
GET IN TOUCH
HOW TO CONTACT US
MAKE A REFERRAL
HOW ARE WE DOING?
WORK FOR US
WORKING WITH US
SEARCH FOR A JOB
TRAINING & DEVELOPMENT
COLLEAGUE STORIES
HALLOWEEN SPOOKTACULAR CONTEST
ABOUT US
WHO ARE WE?
WHY CHOOSE US?
MISSION & VALUES
OUR TEAM
COMMITMENT TO QUALITY
NEWS
CASE STUDIES
USEFUL LINKS
CONTACT US
MAKE A REFERRAL
COVID-19 UPDATE
SIGN ME UP
NEWS
National Care Group News
BACK TO NEWS FEED
RESPECT | JW pays tribute to Her Majesty The Queen
JW’s tribute to Her Majesty Queen Elizabeth II

The passing of Her Majesty Queen Elizabeth II has been crushing news to many, with an outpouring of grief being expressed across the nation. It’s evident all around; our families and friends, our colleagues and those we support have all been grieving in their own way.

JW is a Person We Support at Chosen Care Supported Living in Gloucester. He has a diagnosis of Down Syndrome and is none-verbal. 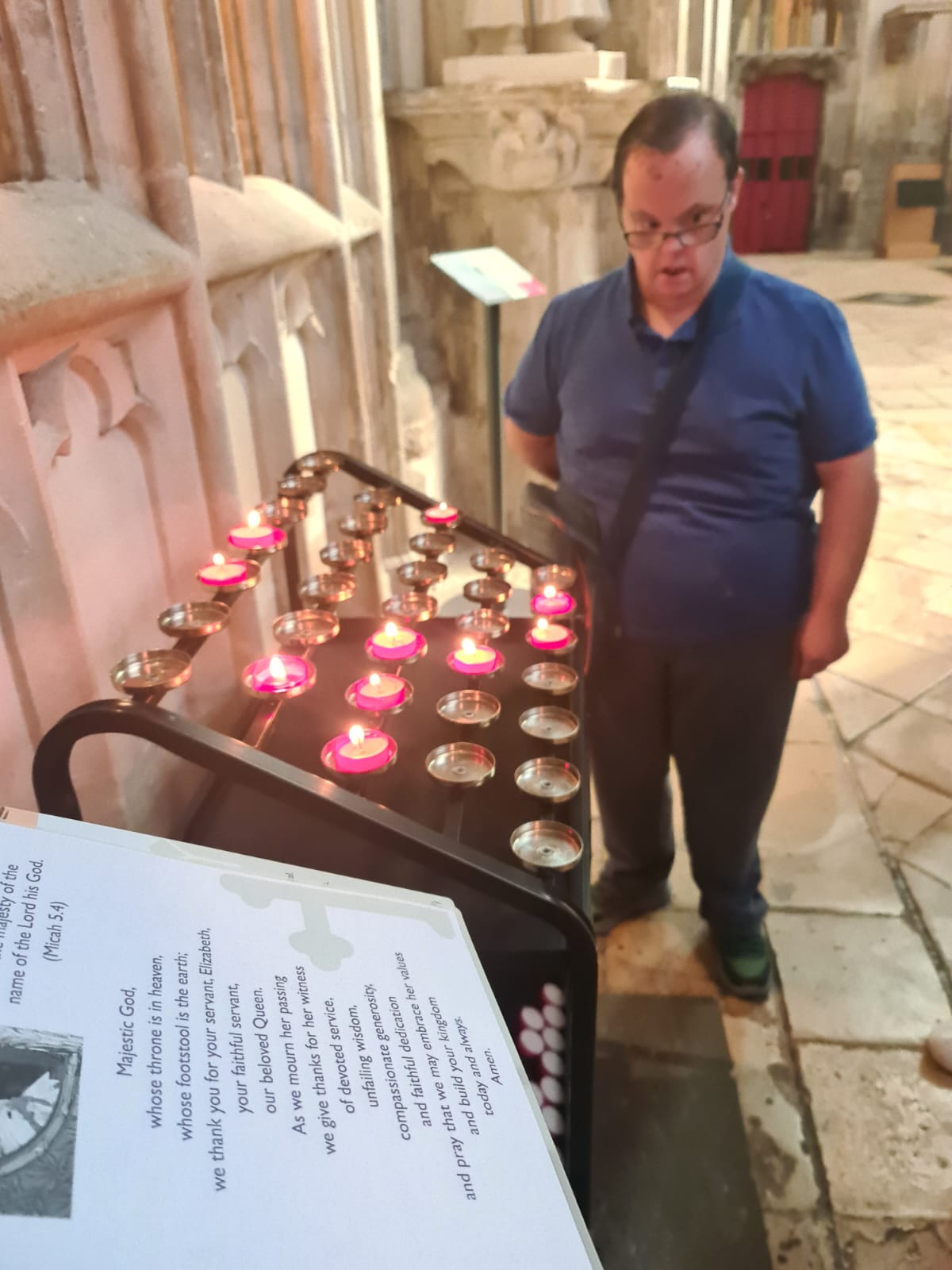 The news of Her Majesty’s passing has caused JW much distress, he has been crying a lot and finding it difficult to sleep.

JW LOVES the Queen and is a huge royalist, never missing weekly live broadcasts of the iconic Changing of the Guards ceremony and practising Her Guard's famous march.

He also has a collection of books on The Royal Family, which he cherishes and has been looking at constantly during the period of national mourning. 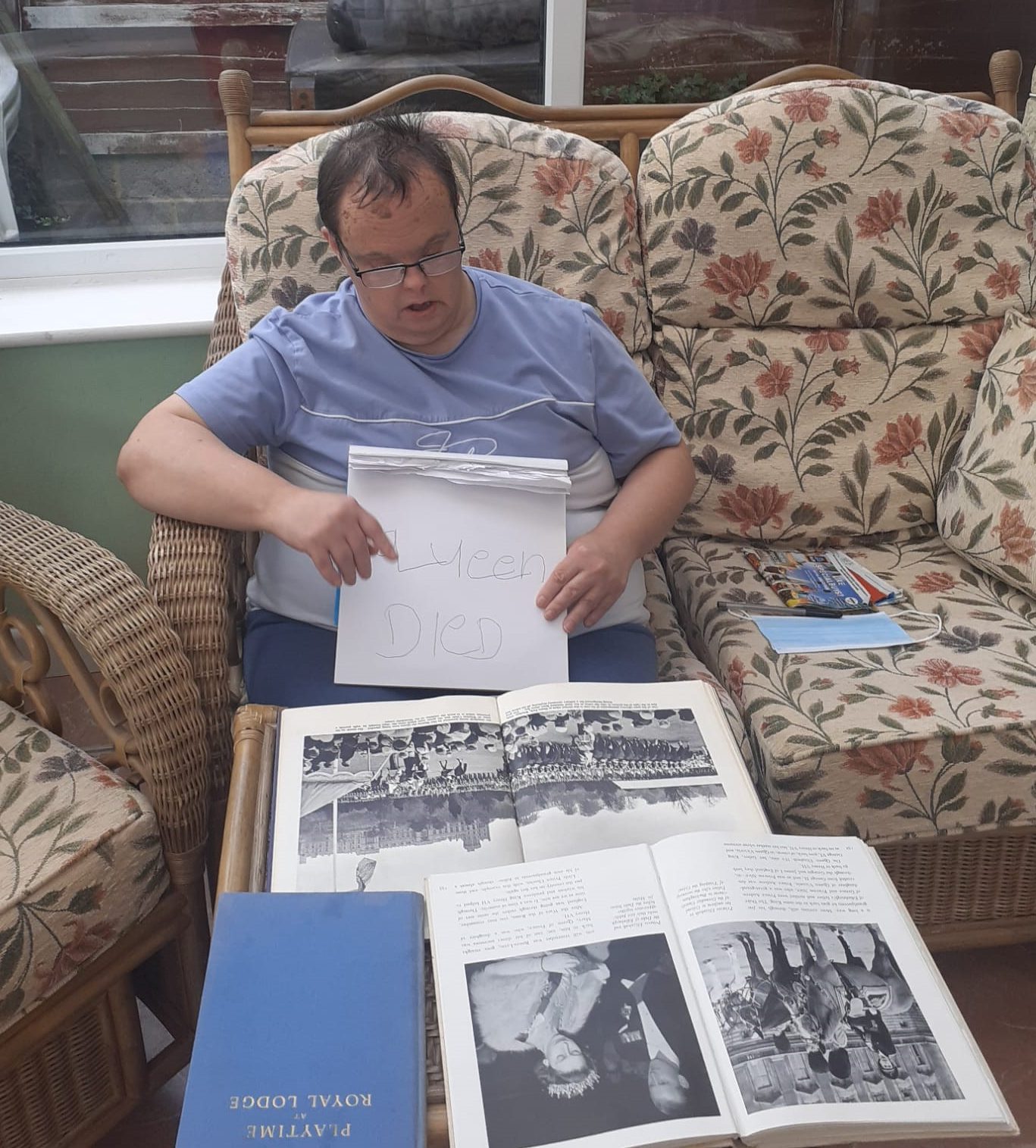 JW communicates with his support team by writing things down. He has been expressing his sadness every day since the news of her death.

His team have been comforting JW during this particularly difficult time and have been naturally concerned about his well-being. They suggested he might take greater comfort in personally commemorating The Queen by signing a book of condolence. The idea of doing this lifted JW’s spirits and so plans were put into place. 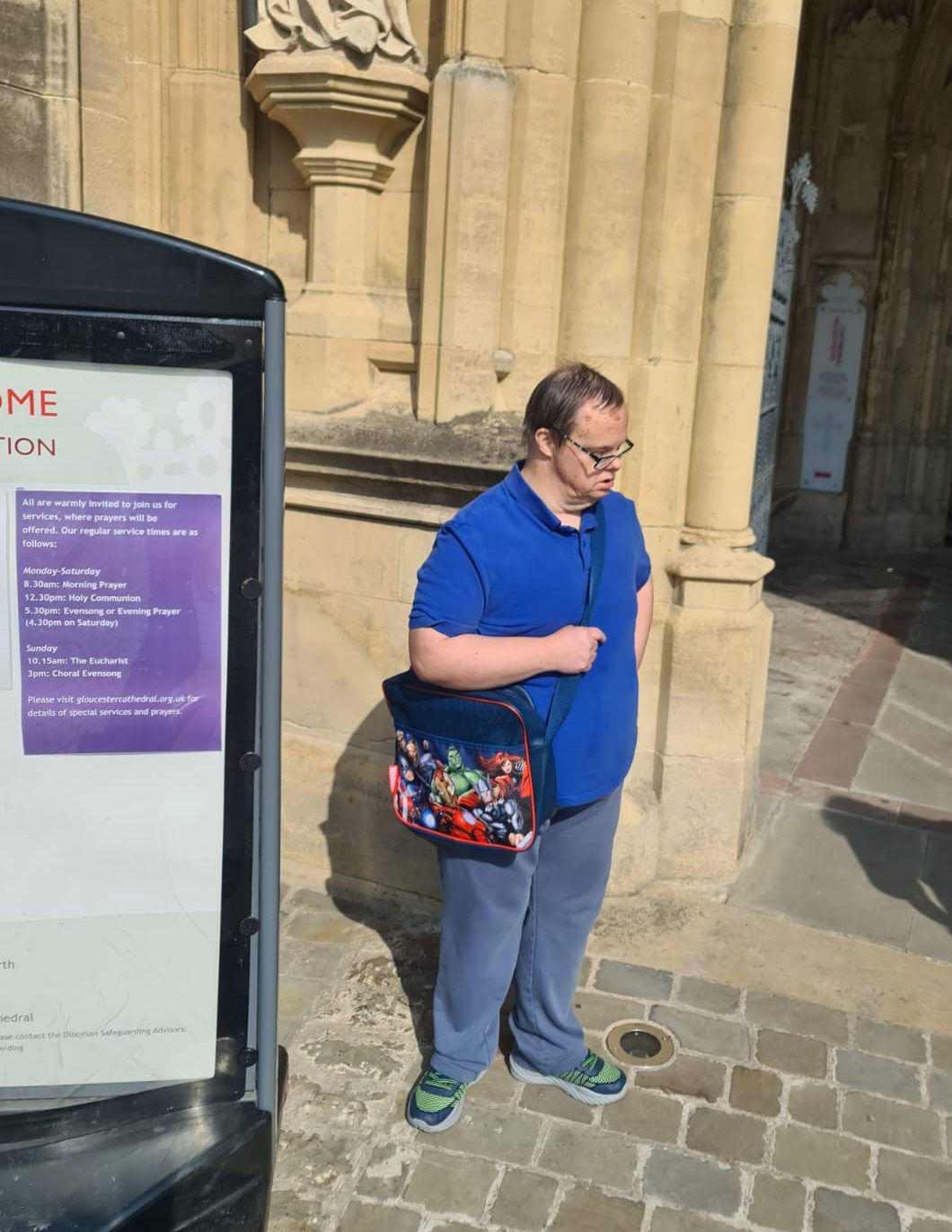 On Wednesday morning, ahead of the ceremonial route of the Queen’s coffin through London, JW together with a support worker, visited Gloucester Cathedral where he was able to sign the book of condolence and pay his respects to our late Monarch who he adored so much.

JW now has the goal of travelling to London to lay a rose for Her Majesty at the gates of Buckingham Palace and of course see The Changing Of The Guard on Royal Horse Guards Parade in real life.

Even during this terribly sad occasion, JW’s story is a shining example of how National Care Group colleagues contribute to the wellbeing and to making a positive difference to the lives of the People We Support.