We use functional cookies and anonymized analytics cookies. We don't use tracking cookies. Ok?
ACCEPT
OUR COOKIE POLICY
your potential plus
our commitment
changes lives
WE SUPPORT
WHO WE SUPPORT
OUR APPROACH
LEARNING DISABILITY
AUTISM SPECTRUM
MENTAL HEALTH & WELLBEING
ACQUIRED BRAIN INJURY
HOW WE CHANGE LIVES
SERVICES
OUR SERVICES
SUPPORTED LIVING
RESIDENTIAL SERVICES
NATIONAL NEUROLOGICAL SERVICES
OUTREACH & HOME SUPPORT
DAY SERVICES
SPECIALIST EDUCATION SERVICES
FIND A SERVICE
GET IN TOUCH
HOW TO CONTACT US
MAKE A REFERRAL
HOW ARE WE DOING?
WORK FOR US
WORKING WITH US
SEARCH FOR A JOB
TRAINING & DEVELOPMENT
COLLEAGUE STORIES
ABOUT US
WHO ARE WE?
WHY CHOOSE US?
MISSION & VALUES
OUR TEAM
COMMITMENT TO QUALITY
NEWS
GET TO KNOW US
USEFUL LINKS
CONTACT US
MAKE A REFERRAL
COVID-19 UPDATE
SIGN ME UP
NEWS
National Care Group News
BACK TO NEWS FEED
NEWS | Ellie Carries The Commonwealth Games Queen's Baton
National Care Group colleague, Ellie Cleasby, carries The Queen's Baton Relay 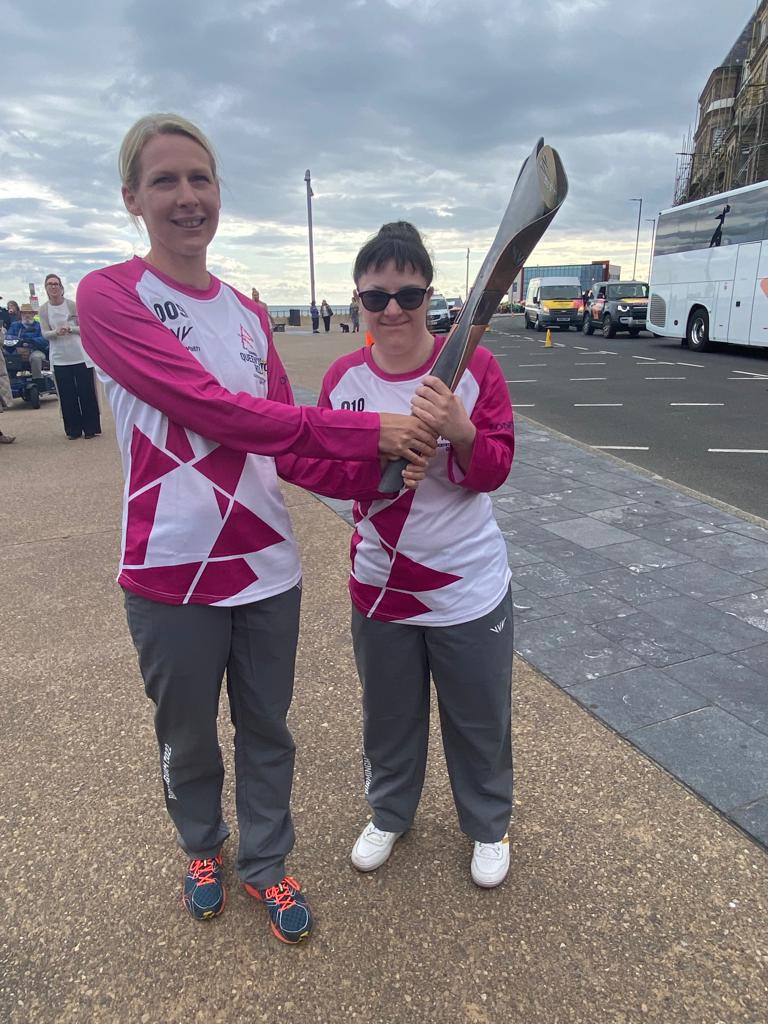 To mark the start of this year's Commonwealth Games, The Queen's Baton Relay passed through Teesside on Thursday 14 July 2022.

The relay is travelling via land, air and sea to more than 180 communities in England covering a 2,500-mile route ahead of the games in Birmingham. Thousands of Baton bearers with inspiring backgrounds and stories have been chosen to carry it and our colleague and Makaton Champion Ellie Cleasby was one of those chosen. 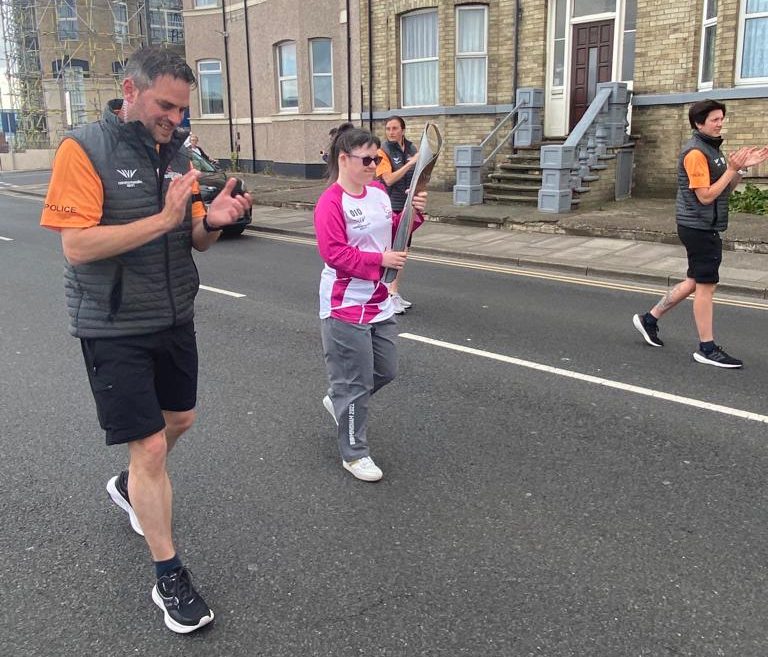 The baton began its journey at 8am at Saltburn before arriving in Redcar at 8.39am where Ellie took over the reins. 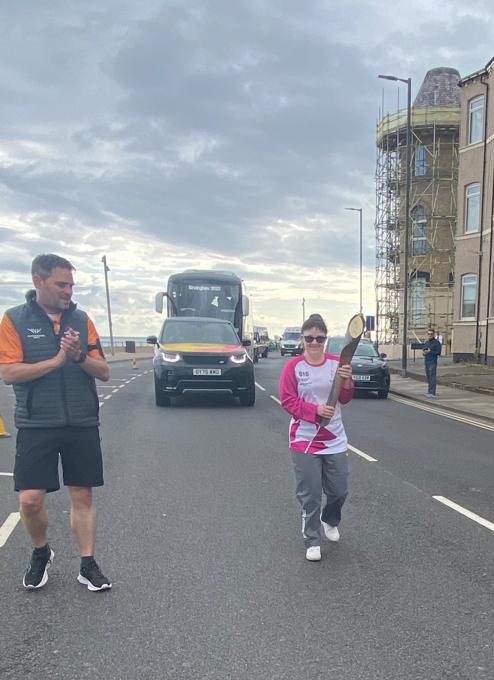 Well done to Ellie! An inspiration to all - join her in getting active this summer! 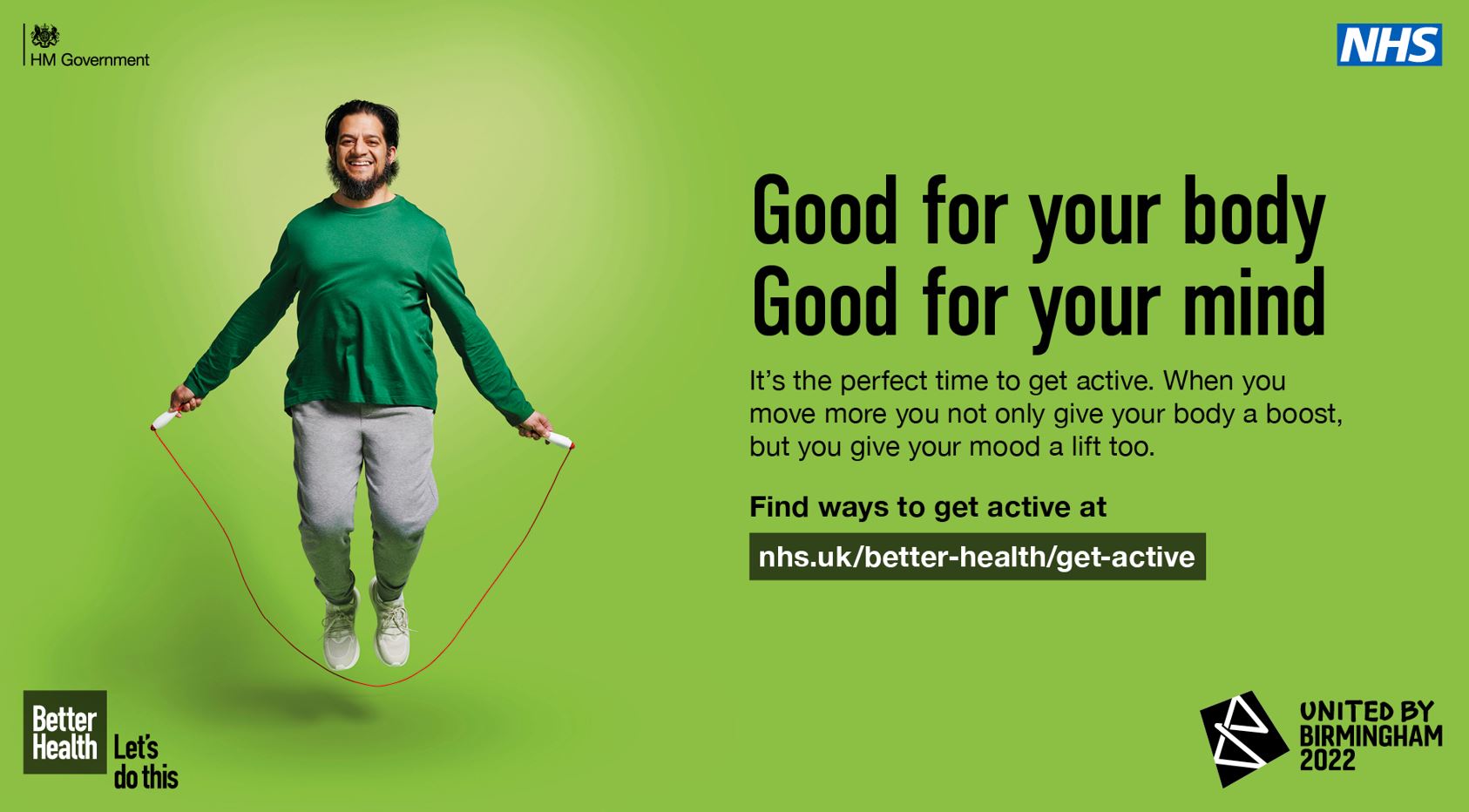