We use functional cookies and anonymized analytics cookies. We don't use tracking cookies. Ok?
ACCEPT
OUR COOKIE POLICY
your potential plus
our commitment
changes lives
WE SUPPORT
WHO WE SUPPORT
OUR APPROACH
LEARNING DISABILITY
AUTISM SPECTRUM
MENTAL HEALTH & WELLBEING
ACQUIRED BRAIN INJURY
HOW WE CHANGE LIVES
SERVICES
OUR SERVICES
SUPPORTED LIVING
RESIDENTIAL SERVICES
NATIONAL NEUROLOGICAL SERVICES
OUTREACH & HOME SUPPORT
DAY SERVICES
SPECIALIST EDUCATION SERVICES
FIND A SERVICE
GET IN TOUCH
HOW TO CONTACT US
MAKE A REFERRAL
HOW ARE WE DOING?
WORK FOR US
WORKING WITH US
SEARCH FOR A JOB
TRAINING & DEVELOPMENT
COLLEAGUE STORIES
ABOUT US
WHO ARE WE?
WHY CHOOSE US?
MISSION & VALUES
OUR TEAM
COMMITMENT TO QUALITY
NEWS
GET TO KNOW US
USEFUL LINKS
CONTACT US
MAKE A REFERRAL
COVID-19 UPDATE
SIGN ME UP
NEWS
National Care Group News
BACK TO NEWS FEED
COVID-19 Update | 7 January 2022 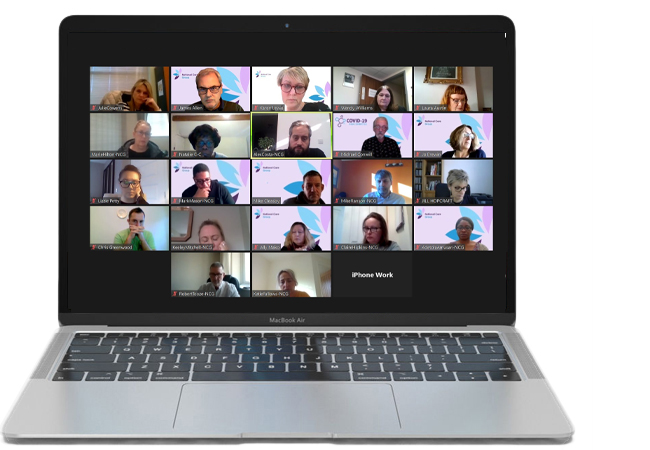 A significant increase in the transmission rate amongst individuals we support, and colleagues was noted with concern. Whislt the symptoms did appear to be milder it was recognised that the need to be particularly vigilant with regard to those supported with a learning disability was acknowledged. Regional representatives were asked to assure themselves that appropriate measures were in place in this regard.

Changes to testing requirement introduced by the Government in England were noted as to was the associated risk given confirmatory PCRs are now not required. Local management of any response to this risk would be considered if appropriate and where colleagues are willing to take a PCR. Guidance in Wales has just been published and will be reviewed.

The Committee was pleased to note that there had been no examples where visiting had been restricted due to staffing difficulties.

Further to the last meeting it was confirmed that a central folder had been established to hold all correspondence received from local authorities in respect of the allocation of central recruitment and retention funding. It was again noted that this was proving to be a complicated process as it did not appear to being implemented consistently across the country. As a result, trying to establish a standardised approach across the organisation was proving difficult. Further work will be required to determine a way forward.

“The continued and rapid increase in infection rates being reported nationally is really concerning and we need to absolutely remain focused on reinforcing the approach we have implemented since the beginning of the pandemic. We believe that vaccination and boosters are a key defense in keeping ahead of the risk and we will continue to encourage uptake” James Allen CEO