We use functional cookies and anonymized analytics cookies. We don't use tracking cookies. Ok?
ACCEPT
OUR COOKIE POLICY
your potential plus
our commitment
changes lives
WE SUPPORT
WHO WE SUPPORT
OUR APPROACH
LEARNING DISABILITY
AUTISM SPECTRUM
MENTAL HEALTH & WELLBEING
ACQUIRED BRAIN INJURY
HOW WE CHANGE LIVES
SERVICES
OUR SERVICES
SUPPORTED LIVING
RESIDENTIAL ADULTS
OUTREACH & HOME SUPPORT
DAY SERVICES
SPECIALIST EDUCATION SERVICES
FIND A SERVICE
GET IN TOUCH
HOW TO CONTACT US
MAKE A REFERRAL
HOW ARE WE DOING
WORK FOR US
WORKING WITH US
SEARCH FOR A JOB
TRAINING & DEVELOPMENT
STAFF STORIES
ABOUT US
WHO ARE WE?
WHY CHOOSE US?
MISSION & VALUES
OUR TEAM
COMMITMENT TO QUALITY
NEWS
GET TO KNOW US
USEFUL LINKS
CONTACT US
MAKE A REFERRAL
COVID-19 UPDATE
NEWS
National Care Group News
BACK TO NEWS FEED
COVID-19 Update – 16 October 2020 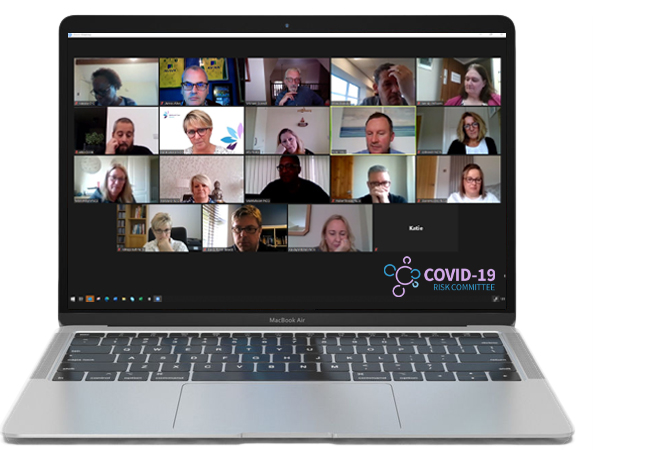 The Risk Committee received reports from all Regions and noted the updates presented.

Initiatives in the North West and North East particularly, to engage local pharmacies to support flu vaccinations were presented although some challenges remained. It was noted that some colleagues have concerns about getting the flu jab. This was regrettable and this would be revisited with those who may have concerns, as the vaccination plan set out by the Government is an essential part of keeping everyone safe. The Risk Committee was keen to support colleagues who had concerns to explain the benefit of taking the vaccine.

The changes in testing outcomes for individuals we support, and colleagues were noted. Across NCG it was noted that the number of colleagues testing positive had increased and although numbers are currently small this was a concern if outbreaks concentrated around specific services. There were no reported concerns about infection rates amongst individuals we support. Weekly testing arrangements across Regions were noted. The imperative of ensuring PPE is continuing to be worn was emphasised.

The Risk Committee noted revised CQC guidance in respect of visiting services had been published. This would be reviewed in line with the approach already adopted across NCG and local restrictions in place. The focus of the guidance remains the need for providers to assess visiting risks on an individual basis and to continue to follow local advice given by PHE. The Risk Committee noted the particular changes to visiting within supported living services. The Risk Committee acknowledged with considerable regret, the hardship facing individuals we support and families currently but welcomed the support and understanding being shown by so many.

Regions will be reviewing the impact on service delivery arising from the new tiered approach to risk implemented by the Government in England.

Comments on the NCG Winter Plan had been received and would be reviewed prior to circulation.

Members of the Risk Committee were asked to try and take some time to get feedback from individuals we support as to how they are feeling about life currently via video conferencing.

“This was another really productive and full meeting covering many important issues. The additional work arising from the pandemic remains significant and I am really very grateful to everybody for their very evident commitment”.
James Allen, Chief Executive