We use functional cookies and anonymized analytics cookies. We don't use tracking cookies. Ok?
ACCEPT
OUR COOKIE POLICY
your potential plus
our commitment
changes lives
WE SUPPORT
WHO WE SUPPORT
OUR APPROACH
LEARNING DISABILITY
AUTISM SPECTRUM
MENTAL HEALTH & WELLBEING
ACQUIRED BRAIN INJURY
HOW WE CHANGE LIVES
SERVICES
OUR SERVICES
SUPPORTED LIVING
RESIDENTIAL SERVICES
NATIONAL NEUROLOGICAL SERVICES
OUTREACH & HOME SUPPORT
DAY SERVICES
SPECIALIST EDUCATION SERVICES
FIND A SERVICE
GET IN TOUCH
HOW TO CONTACT US
MAKE A REFERRAL
HOW ARE WE DOING?
WORK FOR US
WORKING WITH US
SEARCH FOR A JOB
TRAINING & DEVELOPMENT
COLLEAGUE STORIES
HALLOWEEN SPOOKTACULAR CONTEST
ABOUT US
WHO ARE WE?
WHY CHOOSE US?
MISSION & VALUES
OUR TEAM
COMMITMENT TO QUALITY
NEWS
CASE STUDIES
USEFUL LINKS
CONTACT US
MAKE A REFERRAL
COVID-19 UPDATE
SIGN ME UP
NEWS
Get to know us - story
BACK TO STORIES FEED
South West | Face2Face 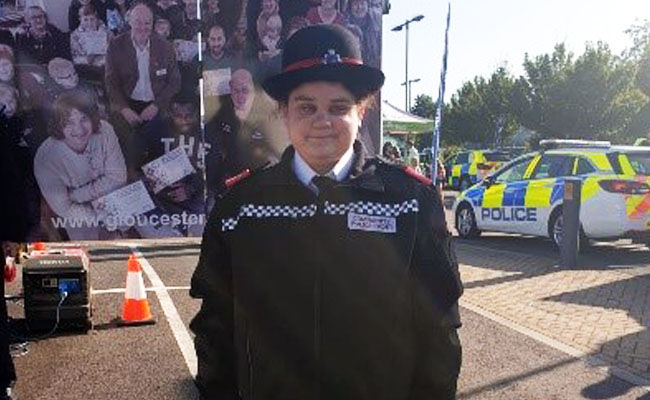 Gemma Maycroft, an individual we support, came to Face2Face in 2014 and had initially received around the clock support from staff.

Since then, Gemma has come a long way has she continues to show improvement in her daily living skills and works alongside staff to learn budgeting, cooking and other skills. Gemma has now recently moved in her own flat with a private tenancy and does not require as much support from her staff team as she initially did.

Whilst at Face2Face, Gemma has grown in confidence and developed various independent skills to help her cope with life in her own flat.

Gemma has also received some great news recently, as she has been selected by the Gloucestershire Constabulary as a Community Police Cadet.

As part of her role, she will support local policing priorities through volunteering and making a positive different to her community.

previous story
next story
your potential plus our
commitment changes lives
Stay in touch
0333 305 1534
|
info@nationalcaregroup.com
Get to know us: Archive
2022
OCTOBER
SEPTEMBER
AUGUST
2020
OCTOBER
AUGUST
JUNE
MAY
Find a service
Looking for local support?