We use functional cookies and anonymized analytics cookies. We don't use tracking cookies. Ok?
ACCEPT
OUR COOKIE POLICY
your potential plus
our commitment
changes lives
WE SUPPORT
WHO WE SUPPORT
OUR APPROACH
LEARNING DISABILITY
AUTISM SPECTRUM
MENTAL HEALTH & WELLBEING
ACQUIRED BRAIN INJURY
HOW WE CHANGE LIVES
SERVICES
OUR SERVICES
SUPPORTED LIVING
RESIDENTIAL SERVICES
NATIONAL NEUROLOGICAL SERVICES
OUTREACH & HOME SUPPORT
DAY SERVICES
SPECIALIST EDUCATION SERVICES
FIND A SERVICE
GET IN TOUCH
HOW TO CONTACT US
MAKE A REFERRAL
HOW ARE WE DOING?
WORK FOR US
WORKING WITH US
SEARCH FOR A JOB
TRAINING & DEVELOPMENT
COLLEAGUE STORIES
ABOUT US
WHO ARE WE?
WHY CHOOSE US?
MISSION & VALUES
OUR TEAM
COMMITMENT TO QUALITY
NEWS
CASE STUDIES
USEFUL LINKS
CONTACT US
MAKE A REFERRAL
COVID-19 UPDATE
SIGN ME UP
NEWS
Get to know us - story
BACK TO STORIES FEED
EARLY ONSET DEMENTIA | Graham's Story

In advance of World Alzheimer’s Month this year, we spoke to Graham from our Endurance Care, The Anchorage Service in Kings Lynn, who has recently been diagnosed with early onset dementia. 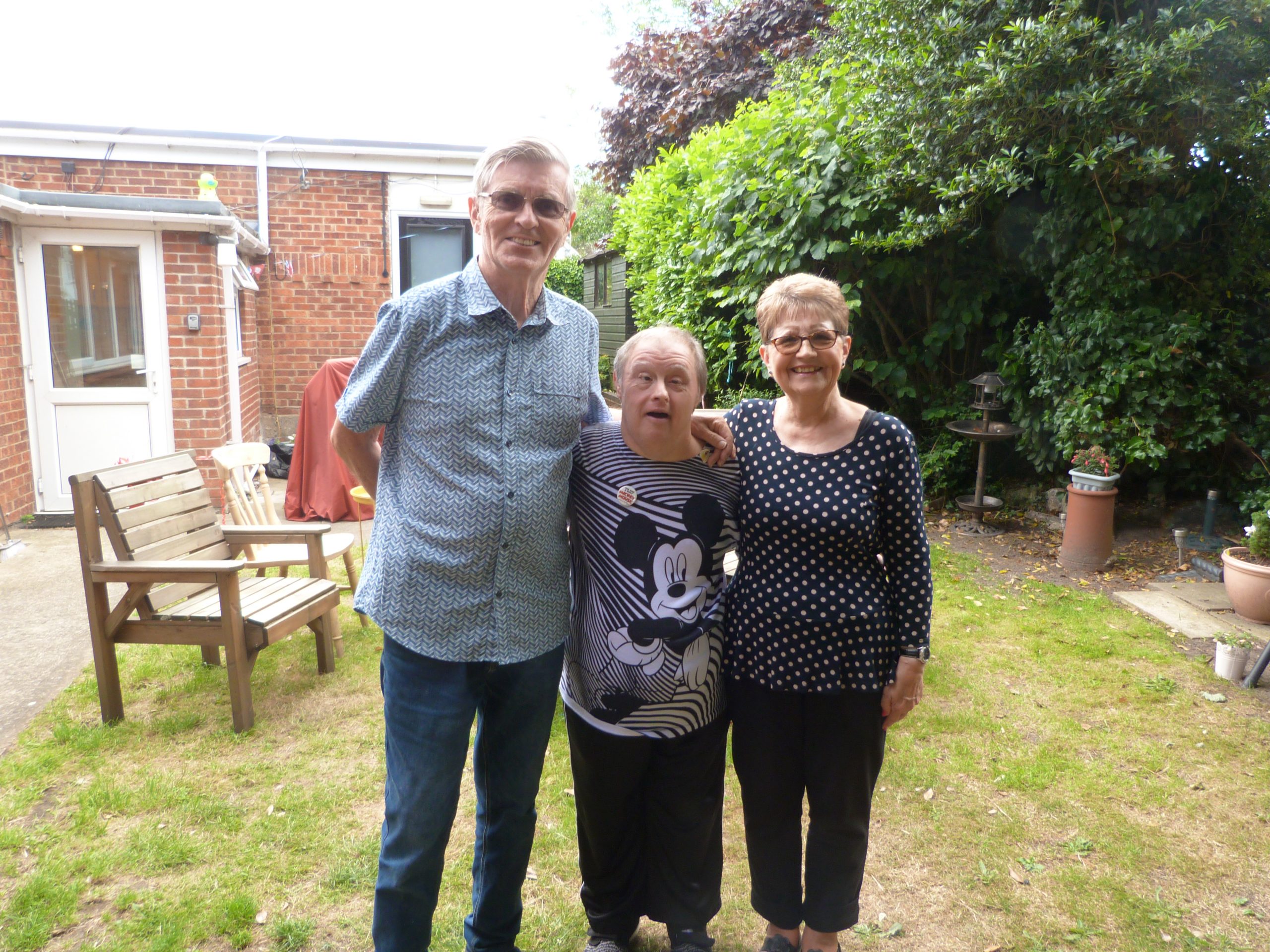 Graham with his sister and brother-in-law

Now aged 56, Graham who also has a diagnosis of Down syndrome, has lived at The Anchorage for nearly 9 years. Graham lives with five other people supported by The Anchorage Team whose support enables Graham to live as independently as possible.

In December 2021 it was noticed Graham’s mobility had slightly deteriorated – a symptom of dementia in those with Downs - and shortly after he received his diagnosis.

For people with Downs, other symptoms which can be more common than memory loss may include reduced interest in being sociable and decreased enthusiasm for usual activities. When the pandemic hit and the subsequent lockdowns, Graham was unable to attend his usual day centre which he had been visiting regularly. Since the lifting of restrictions, Graham has refused to return to the day centre, showing no interest to attend and engage with previous connections.

Graham’s support team explained his diagnosis to him, and he has been supported with his medication ever since, managing it well. Graham continues to enjoy all his favourite things with support from his key worker Hope, his “best friend” support worker Hannah and the rest of the team at The Anchorage. 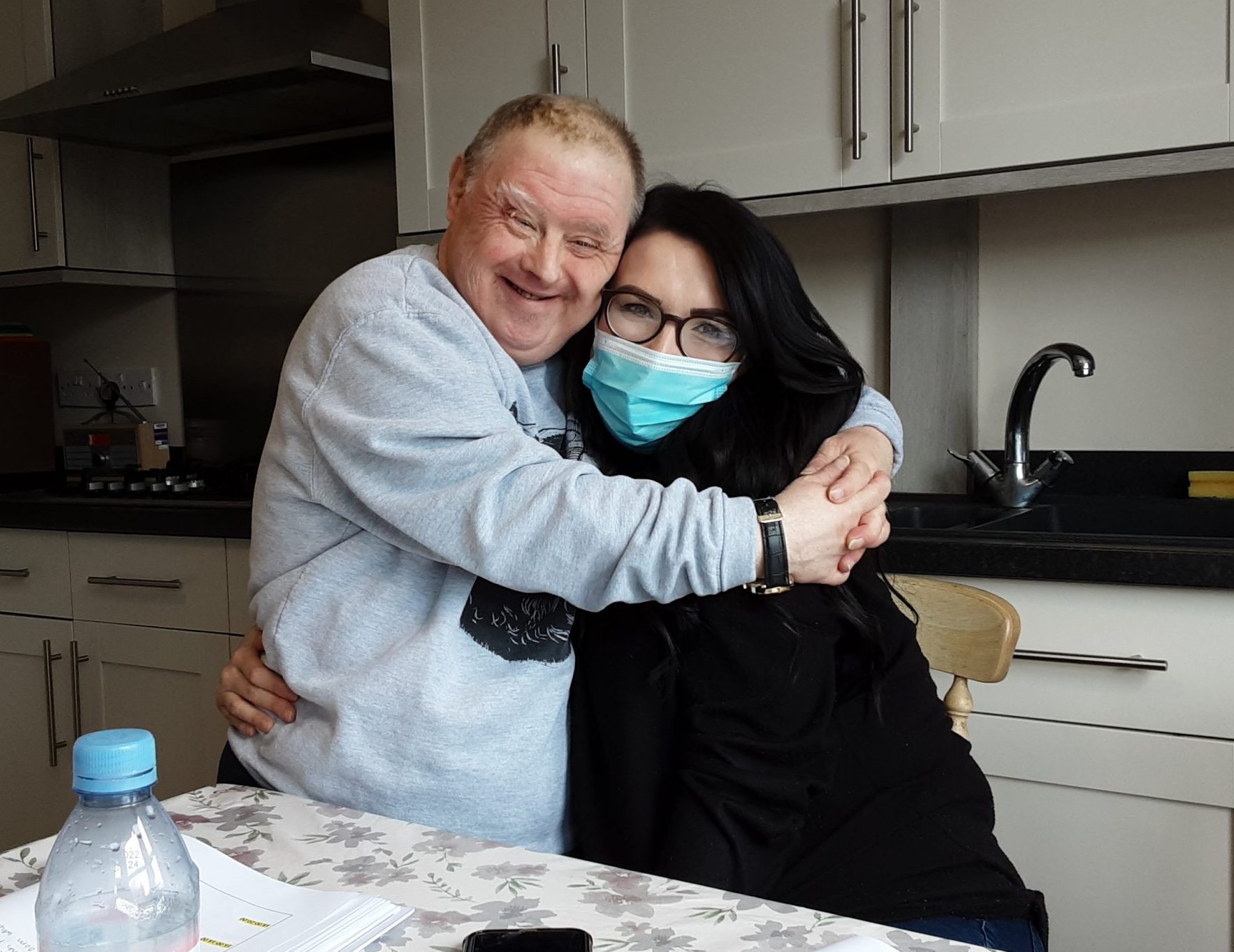 A life-long Disney fan, whose favourite films are Beauty and the Beast and Lady and the Tramp, Graham was treated to a bedroom makeover last year by the support team. After picking all his new decorations and furniture, the team set to work to make Graham’s wish come true. 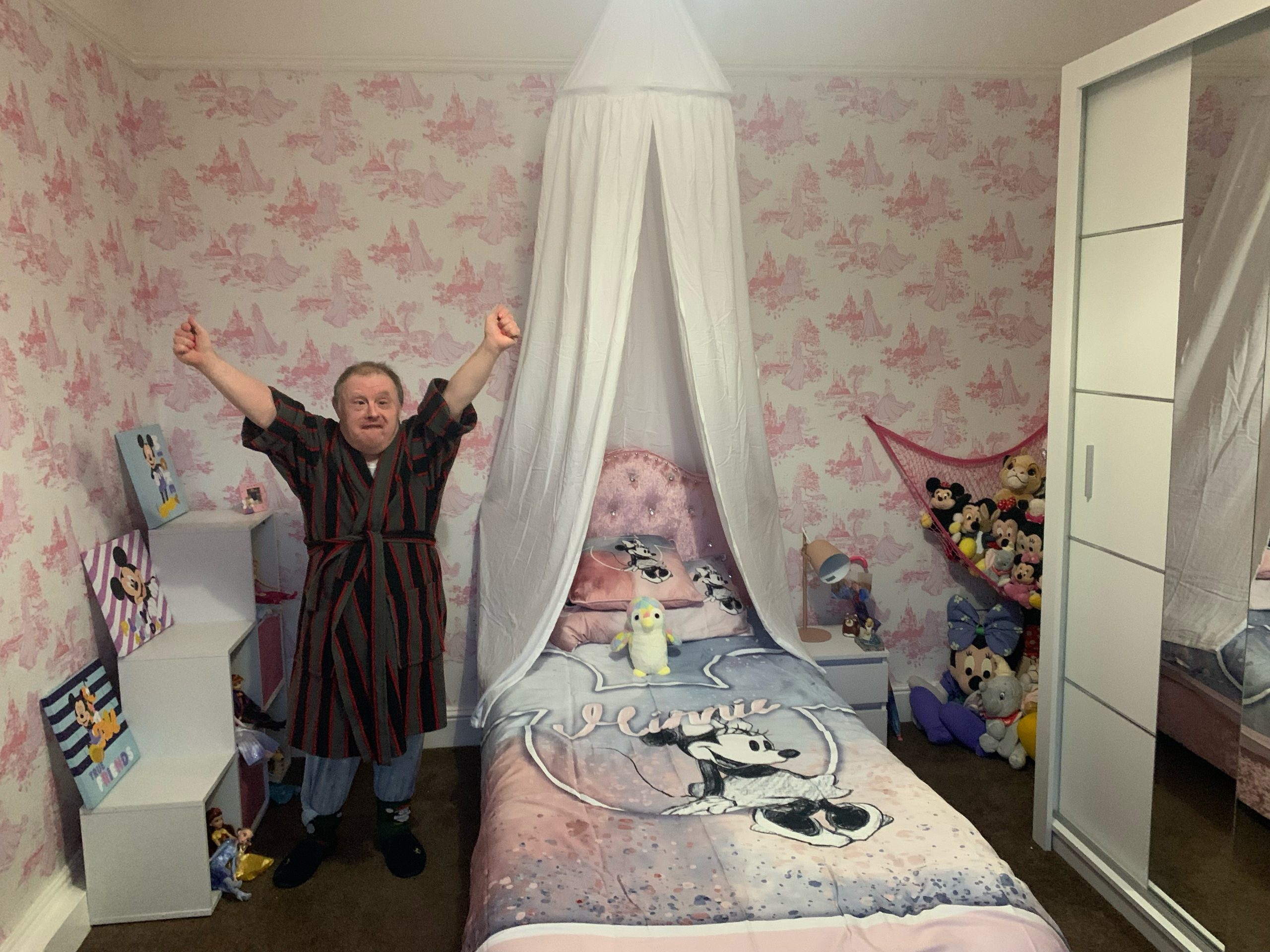 On a daily basis Graham still enjoys all his favourite past times - shopping, taking a walk on the beach, eating his favourite foods – curry and ice cream, or singing and dancing. With the support of the team, Graham is empowered to cook, clean, and make his own bed himself.

We hope that sharing Graham’s story and his signs of Early Onset Dementia will help raise awareness of the diagnosis and what to look out for in people with Down syndrome.

previous story
next story
your potential plus our
commitment changes lives
Stay in touch
0333 305 1534
|
info@nationalcaregroup.com
Get to know us: Archive
2022
NOVEMBER
OCTOBER
SEPTEMBER
AUGUST
2020
OCTOBER
AUGUST
JUNE
MAY
Find a service
Looking for local support?