We use functional cookies and anonymized analytics cookies. We don't use tracking cookies. Ok?
ACCEPT
OUR COOKIE POLICY
your potential plus
our commitment
changes lives
WE SUPPORT
WHO WE SUPPORT
OUR APPROACH
LEARNING DISABILITY
AUTISM SPECTRUM
MENTAL HEALTH & WELLBEING
ACQUIRED BRAIN INJURY
HOW WE CHANGE LIVES
SERVICES
OUR SERVICES
SUPPORTED LIVING
RESIDENTIAL SERVICES
NATIONAL NEUROLOGICAL SERVICES
OUTREACH & HOME SUPPORT
DAY SERVICES
SPECIALIST EDUCATION SERVICES
FIND A SERVICE
GET IN TOUCH
HOW TO CONTACT US
MAKE A REFERRAL
HOW ARE WE DOING?
WORK FOR US
WORKING WITH US
CURRENT VACANCIES
NATIONAL CARE GROUP ACADEMY
INVESTING IN OUR PEOPLE
COLLEAGUE STORIES
ABOUT US
WHO ARE WE?
WHY CHOOSE US?
MISSION & VALUES
OUR TEAM
COMMITMENT TO QUALITY
NEWS
CASE STUDIES
USEFUL LINKS
CONTACT US
MAKE A REFERRAL
COVID-19 UPDATE
SIGN ME UP
NEWS
Get to know us - story
BACK TO STORIES FEED
Unlocking Potential | Robert’s Remarkable Progression

Robert, who is diagnosed with a learning disability, down syndrome and is non-verbal, moved into one of our Merry Den services in April 2020. It was his first social care setting, previously living at home with his mother. Robert’s Mum was elderly and finding it increasingly difficult to maintain his care. Especially as cellulitis legs was now causing mobility issues for Robert.

Robert moved in during the first lockdown of the pandemic, meaning his Mum couldn’t view his new bedroom and the service in person. She was sent videos and photos so she could see the home and its environment. The restrictions also meant no transition days for Robert; the day he moved in was the first time he had seen the service too.

When Robert arrived, he was unsettled and incontinent at night, he would attempt to run away and was uncompliant with all areas of his personal care - not tolerating a wash. His Mum had explained that these were behaviours Robert had presented at home too.

The team worked with their registered manager to devise a robust and clear care plan which provided a structured routine for Robert to become familiar with. The plan was broken down into small steps. Every detail was thought about, including helping him to prepare coffee, going into specific steps required to make it.

Gradually over time Robert’s sleeping pattern improved. The team followed the same approach each night to achieve this - helping calm and settle Robert before bed with low lighting and relaxed music in his room.

After 9 months of following the same morning routine, including a process of attending to his personal care, Robert began to agree to a shower. This happened over time, using the small steps approach, starting with getting Robert to hold the shower head and to touch the water. The team would start by running the shower over his hands for him to touch as he enjoyed water play, gradually accepting the shower running over more parts of his body, until he stood under the shower.

Robert is now enjoying a consistent and full morning routine. When the team ask Robert to come to the bathroom, he walks in and turns the shower on himself. 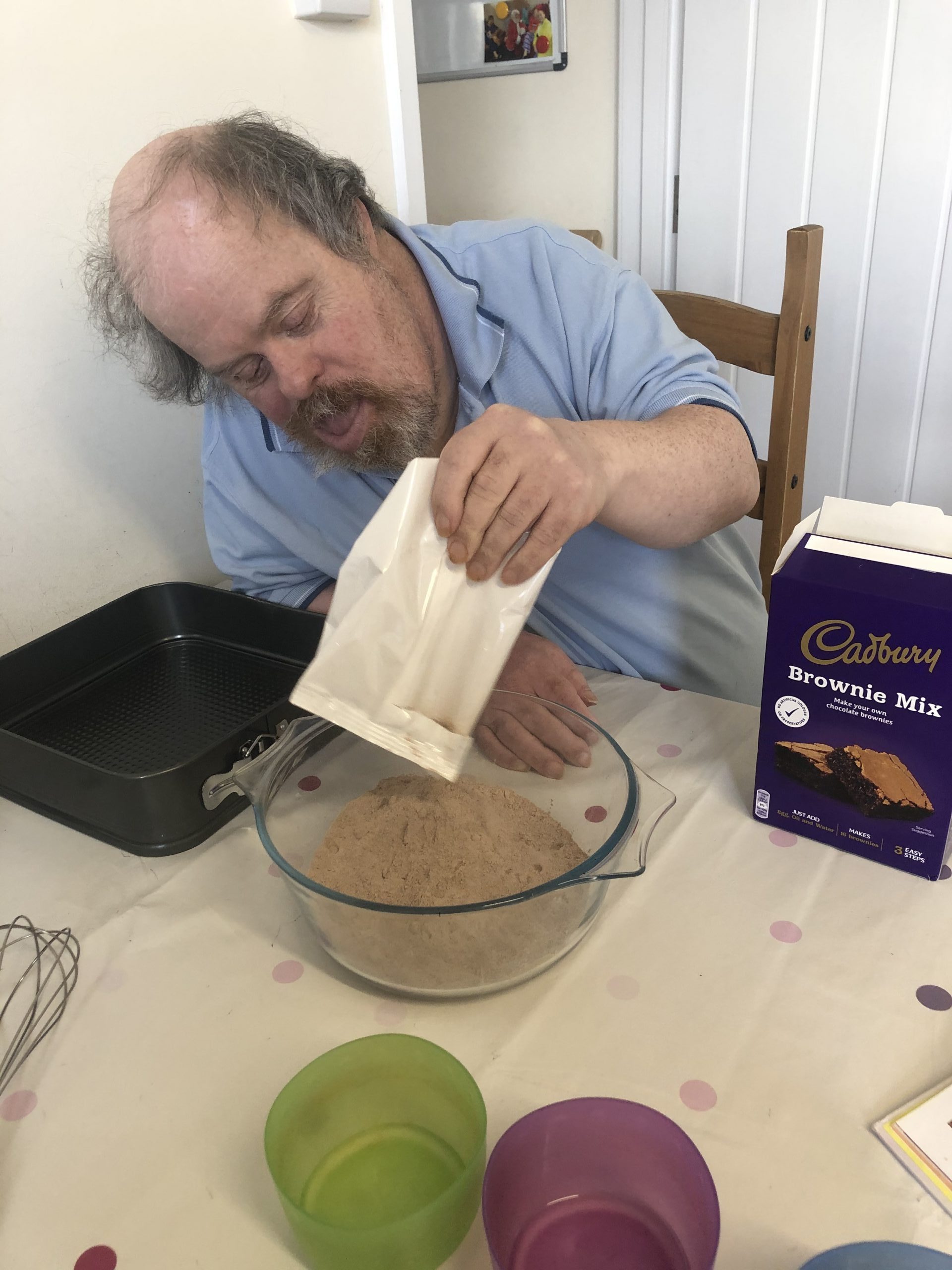 Robert has a great relationship with the whole team and even enjoyed a holiday to Butlins with them this year. Robert’s Mum is amazed by how far he has progressed and has said on numerous occasions how delighted she is to see him settled, and content knowing her son is safe and looked after.

Robert’s achievements are down to the detailed care planning, structured process, and collaborative support the team have implemented. Robert has been encouraged and empowered to become familiar with routine and is now taking more positive actions which have improved his quality of life.

The team are passionate about achieving even more progress for Robert. Supported, he is even now helping the team prepare his meals which he really enjoys.

Who said life doesn’t start at 55? Not the Merry Den team!

previous story
next story
your potential plus our
commitment changes lives
Stay in touch
0333 305 1534
|
info@nationalcaregroup.com
Get to know us: Archive
2023
JANUARY
2022
NOVEMBER
OCTOBER
SEPTEMBER
AUGUST
2020
OCTOBER
AUGUST
JUNE
MAY
Find a service
Looking for local support?