We use functional cookies and anonymized analytics cookies. We don't use tracking cookies. Ok?
ACCEPT
OUR COOKIE POLICY
your potential plus
our commitment
changes lives
WE SUPPORT
WHO WE SUPPORT
OUR APPROACH
LEARNING DISABILITY
AUTISM SPECTRUM
MENTAL HEALTH & WELLBEING
ACQUIRED BRAIN INJURY
HOW WE CHANGE LIVES
SERVICES
OUR SERVICES
SUPPORTED LIVING
RESIDENTIAL SERVICES
NATIONAL NEUROLOGICAL SERVICES
OUTREACH & HOME SUPPORT
DAY SERVICES
SPECIALIST EDUCATION SERVICES
FIND A SERVICE
GET IN TOUCH
HOW TO CONTACT US
MAKE A REFERRAL
HOW ARE WE DOING?
WORK FOR US
WORKING WITH US
CURRENT VACANCIES
NATIONAL CARE GROUP ACADEMY
INVESTING IN OUR PEOPLE
COLLEAGUE STORIES
ABOUT US
WHO ARE WE?
WHY CHOOSE US?
MISSION & VALUES
OUR TEAM
COMMITMENT TO QUALITY
NEWS
CASE STUDIES
USEFUL LINKS
CONTACT US
MAKE A REFERRAL
COVID-19 UPDATE
SIGN ME UP
NEWS
Get to know us - story
BACK TO STORIES FEED
Daniella's Story | Supported to Support Worker 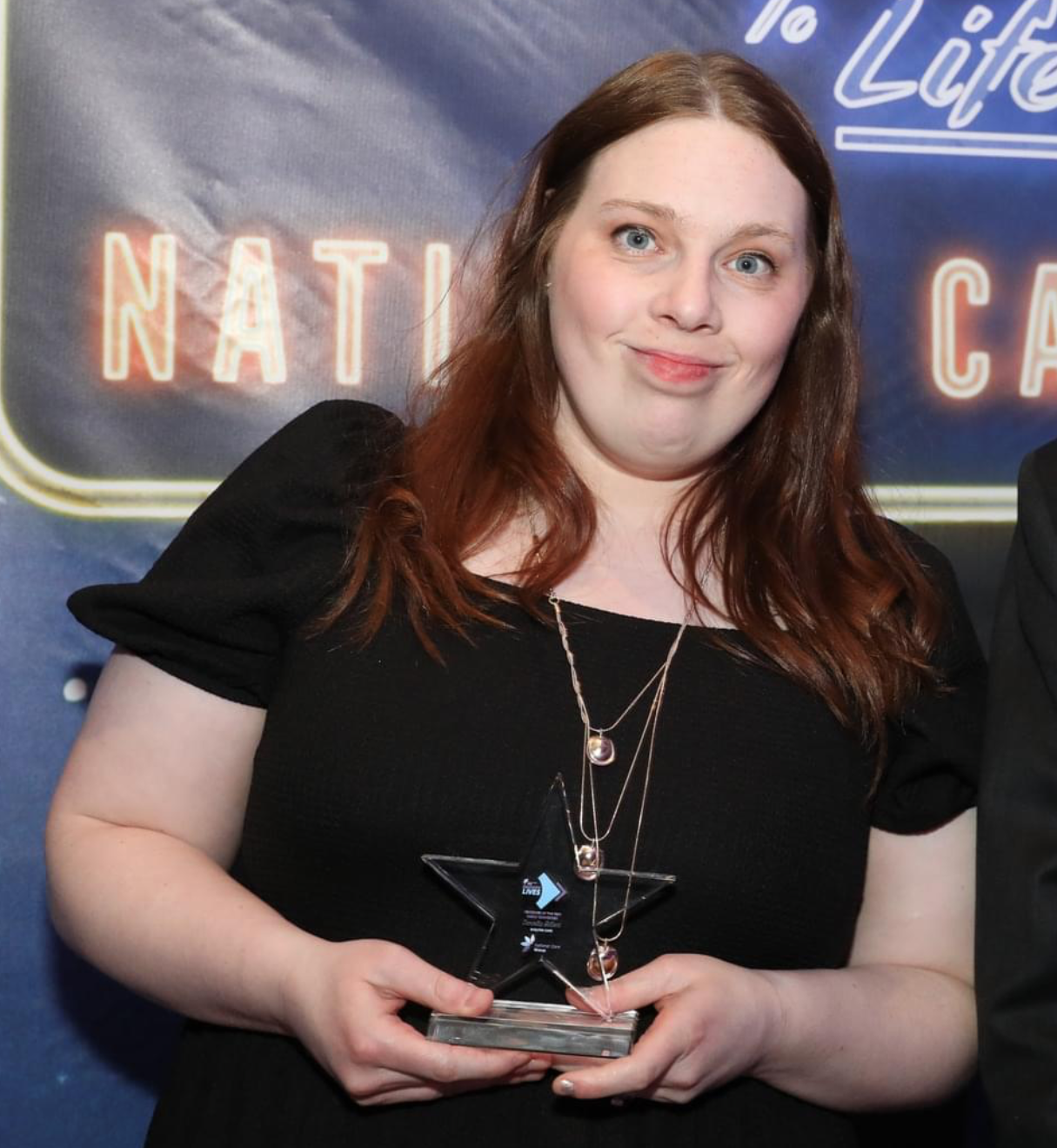 Daniella, a truly remarkable individual, who was once supported at Shelton Care, is now 8 years later living a completely independent life working as a staff member supporting other individuals at Knight House Day Services (Part of Shelton Care).

When Daniella was younger she moved to Strathmore College as at the time her autism and learning difficulties made it too challenging for her family to fully cater for her needs. Once there she then shortly moved to Regent Road in Hanley where she spent most of her younger adulthood.

Whilst Danielle was living at Regent Road she received 1-1 support and was provided with 24hr care along with having Deprivation of Liberty Safeguards (DOLS) put in place due to absconding and mixing with the wrong crowds. However as stated by Danielle "over the years with the support that I received from my staff at Regent Road I started to become more independent and my DOLS were lifted". Special mention was given to Regents Road manager Donna Walklet "she gave me so much support and started to help me to develop trust. With Donna’s constant encouragement and belief in me she enabled me to become an independent woman".

From being given the freedom to venture out and mix with the local community Daniella met Mark at a YMCA disco 8 years ago, who she married in March this year. Currently Danielle is living in a place facilitated by brighter futures however she still sees her husband Mark every day.

Daniella has always had a passion to help people and wanted to give others the support she once needed herself, so she attended a Job Fare at the double Hilton Hotel to which she bumped into Donna Walklet her old manager, had an interview and later got accepted for the position of support worker at Knight House. Daniella although still have learning difficulties and autism says she has found her dream job and her new found independence "it has given me a great sense of achievement and life just does not feel as though it could be better...if you work hard enough and want something so much then you can get there".

previous story
next story
your potential plus our
commitment changes lives
Stay in touch
0333 305 1534
|
info@nationalcaregroup.com
Get to know us: Archive
2023
JANUARY
2022
NOVEMBER
OCTOBER
SEPTEMBER
AUGUST
2020
OCTOBER
AUGUST
JUNE
MAY
Find a service
Looking for local support?